Florida Democrats to watch in 2021

With 2020 finally in the rearview mirror, it’s time to take a look at which prominent Democrats will be making moves, waves or news in 2021:

With unmatched legislative prowess and a ton of political potential, Democrats could look to parlay Driskell into something more than a state representative. Whispers swirling in the capital city suggest Driskell is being encouraged to make a run at Florida Attorney General Ashley Moody in 2022. Other rumors suggest she’s eyeing a potential vacancy in Democratic House leadership that may come open late this year or early next. Regardless, 2021 could prove a make-or-break year for Driskell.

As one of the Democrats in line for legislative leadership in 2022-2024, his growing clout cannot be glossed over. Diamond is extremely popular with Tallahassee’s behind the scenes operatives, but many suggest he’d be a natural fit as the Democrat candidate to replace Republican State Senator Jeff Brandes when he terms out in 2022. Speculation over which path he will choose is what makes him one of the more interesting figures to watch this year.

The past year was eventful for Florida’s lone statewide Democrat, Nikki Fried, with controversies tarnishing her once-bright star, and raising serious questions about her ability to carry the banner for Florida Democrats into the 2022 election cycle. After ethics questions about hundreds of thousands of dollars hidden in a blind trust from a previously undisclosed marijuana company, and her sudden ownership of a $700,000 luxury home in northeast Tallahassee came to light earlier this year, Fried then found herself embroiled in a late-night spat with her fiancé Jake Bergmann in June. Police body cam video showed a marijuana t-shirt-wearing Fried answering her hotel room door after Bergmann was escorted off the premises of a Fort Lauderdale resort following an altercation with Fried. That episode lead to the Democrat banning three top aides from what she called her “inner circle.”

Those episodes could be mostly dismissed as water under the bridge if Fried can rebound and find her groove. She’s trying to do so by using the COVID-19 pandemic as a catalyst. Going on daily tirades against Governor Ron DeSantis for how he handled the mass contagion, Fried believes she’s found a way to appeal to her base and increase her political stock. The ploy has garnered free publicity and one-on-one interviews with state and national media outlets.

Political experts speculate that Fried’s brazen appeal to the Democrat base is an obvious attempt to boost her image and name recognition for a 2022 bid for governor. While superlawyer John Morgan doesn’t believe Fried has the political chops to win the Democrat nomination, her appeal to rank-and-file Democrat voters across the state remains strong. If she can avoid the soap-opera dramas, she might have a decent chance at sitting atop the Democrat heap by this time next year. 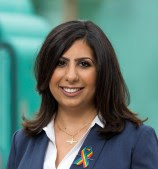 While we’re on the subject of Democrats jockeying for position in a potential 2022 gubernatorial race, if Florida’s political scene were the movie The Matrix, some insiders would cast State Representative Anna Eskamani as “Neo,” also known as “The One.”

The Orlando legislator has a swath of dedicated progressive followers, but right now she’s only positioned as a supporting character in a major motion picture. That’s not to say she’s not important. Eskamani has certainly used her short stint in the Florida House to become Florida’s go-to voice on liberal issues, including abortion, gender issues, and speaks out on enough issues with politically correct acronyms to fill a can of alphabet soup.

The big question looming over Eskamani is whether or not she’s a little too progressive to win support from the bigger donors who can help her claim the mantle. How she plays her cards in 2021 will provide the answer.

Like the proverbial moth to a flame, her downfall may be the a steady stream of media calls looking for quotable copy. To win big donor support and make a run at statewide office, she’ll need to prove she has broader appeal than the left wing of the Democrat party. She’ll need to resist the urge to throw “red meat” to her base and avoid following in the footsteps of the now-famous Alexandria Ocasio-Cortez. But embracing that role can also pay dividends of a different sort. Whichever path she chooses, Eskamani will remain a force to be reckoned with. 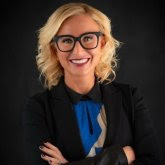 While some believe Book could end up challenging for the Democrat nomination for Governor, we believe she’s more likely to challenge Chief Financial Officer Jimmy Patronis in 2022. Democrat insiders say the CFO’s office is a winnable seat, and believe Patronis is vulnerable. A win there could give the party two votes on the state cabinet and a strong fundraising springboard to help them retake the governor’s mansion and state house by 2026, so it’s easy to see why Book might be encouraged in that direction.

Book has an impressive resume with broad appeal. Unlike many of her colleagues, she has a complete arsenal at her disposal: the appeal, a compelling backstory, a knack for media relations, and a media following that is second to none in the state.

Most importantly, she’s just enough left-of-center with her policies to avoid alienating the base while still being able to reach across the aisle and get things done. Not to mention, she’s worked alongside Republicans on important legislation and many of her GOP colleagues respect her. Unlike Fried, she has refrained from bashing Governor Ron DeSantis to score points. She is also a genuine philanthropist, and her non-profit organization, Lauren’s Kids, has saved lives by educating adults and children about sexual abuse prevention.

On the financial side of the ledger, her father, Ron Book, is one of the most powerful lobbyists in Florida. He’s represented numerous businesses, associations, and municipalities. Some of the companies he’s worked for include the Miami Dolphins, AutoNation, and the GEO Group. He also represents Broward and Miami-Dade counties — real estate that Democrats desperately need to re-energize for 2022.

A one-two punch of that caliber can be a vital asset from Florida Democrats looking to rebound from their disastrous knockout in 2020.

On paper, she makes a tough candidate with broad appeal. The question is whether or not she has the desire to grind out the kind of political slugfest that always comes with running for higher office. This year, she’ll continue making waves in the legislature, but we expect to see her run for a statewide office in 2022. She’s not a lawyer, so running for CFO makes sense. And though a bid for governor may be too ambitious (or just too early), she’d be a favorite there, too.

JASON PIZZO – The Voice of Reason 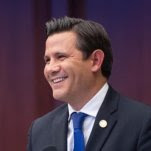 As a wildcard in the Democratic primary puzzle for 2022, Jason Pizzo has a lot going for his blossoming political career.

To start, he’s not afraid to call out other names on this list, so it’s clear from the outset that he’s ready to rumble and angling for something. The question is, what?

Entering the final stretch of his first term in the Senate, the Miami Democrat has been instrumental in being the accountability advocate that his party has been missing. COVID-19 has affected many parts of Florida, none more so than the state’s unemployment system.

The website struggled to keep up with the massive demands placed on it in 2020. Even those who are able to navigate the maze-like site are still experiencing issues. Media coverage of the site’s problems have led to a movement within the Democratic Party, with Pizzo serving as its de facto leader. Pizzo has openly criticized the failure of the site and is championing reforms for the 2021 Legislative Session. He’s also called for a public investigation into why the unemployment system failed so many Floridians.

While many on the list are eyeing other avenues to catapult their political careers, Pizzo seems laser-focused on fixing the state’s unemployment process, a move that has broad centrist appeal. He certainly looks the part, and with the unemployment system still sluggish, expect him to carry that torch deep into 2021 and emerge as one of the higher profile Democrats in the state by this time next year. 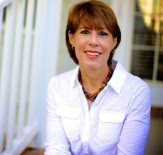 Last (and maybe least – time will tell), we have Gwen Graham. After suffering a suprising defeat at the hands of the now-disgraced Andrew Gillum during the 2018 Democratic gubernatorial race, Graham has refused to fade to the back burner.  She’s invested the time and effort to remain relevant on social media, seemingly taking a page out of Nikki Fried’s own playbook. Graham uses the majority of her 280 Twitter characters to bash DeSantis, a sure sign she’s daring to dream. She even has her own hashtag — #TheRonFile — that she uses when she really wants to stick it to the Governor.

But while Fried is lauded in the media for her constant grandstanding, Graham’s one note musical has struggled to garner a fraction of the attention. Out of sight, out of mind, the saying goes…but Graham does have a portfolio ripe for a political run heading into 2022. She has wealth, and could still benefit from name recognition, with her father, Bob Graham, serving as her biggest political asset. On top of that, she is a proven fundraiser and has enough stock in her name to make noise if she decides to roll up her sleeves and try again.

Some insiders suggest she might be the one to draw the short straw to run against Republican Senator Marco Rubio rather than take a second shot at the governor’s mansion. Either way, for her it’s WIN in 2022, or it’s R.I.P. for her political career.